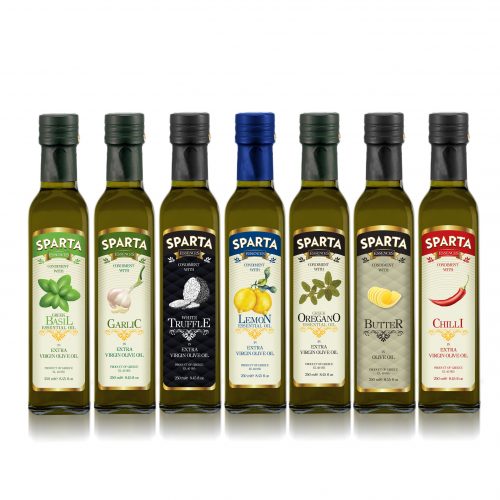 Try our new range of unique condiments of excellent quality and unique taste.

Sparta Essences Greek Oregano, with oregano essential oil of the Greek land, which offers its many positive properties to the extra virgin olive oil. For centuries, herbs have been widely used for various purposes, from treating infectious diseases to maintaining and enhancing the taste of food and producing aromas. These days, many researchers, based on the observations of Hippocrates and Paracelsus, after analyzing the oregano oil and finding that its main ingredients are carvacrol and thymol, have conducted assays on the biological actions of these ingredients. Carvacrol and thymol were the most beneficial effects of oregano oil, with the main antioxidant effect.A survey of Greek oregano samples found that levels of carvacrol in oregano oil ranged between 2.3-93.8%. Sparta Essences Greek Oregano contains oregano oil with 87.2% concentration of carvacrol!

In 2020, it was awarded with the bronze medal at the Los Angeles International Extra Virgin Olive Oil Competition.

Sparta Essences Greek Basil with basil essential oil of the Greek land, which offers its many healthy properties and excellent taste in Greek extra virgin olive oil. Traditionally, basil (Ocimum basilicaum) has been used for the treatment of kidney dysfunction, as a hemostatic during childbirth due to its antimicrobial properties, for ear pain, for menstrual abnormalities, arthritis, anorexia, for mild symptoms of colds, even for malaria! All these healthy protective indications of basil that had traditionally been observed led to the study of this plant by many researchers around the world. Therefore, basil has been shown to have significant effects against certain viruses, fungi, bacteria and certain infections they cause. Sparta Essences Greek Basil Olive Oil consists of basil essential oil containing mainly linalool, a sought-after ingredient for the food industry (due to pleasant taste) and cosmetics (due to pleasant aroma). Essential oils, such as basil, which are rich in linalool, exhibit various biological effects, such as antimicrobials, anti-inflammatory, anticancer, while several animal studies have confirmed the significant effects of this substance on the Central Nervous System. Another important ingredient is eukalyptol (1,8-kineol), which is mainly used for the treatment of the respiratory system’s dysfunction.
Sparta Essences Greek Basil Olive Oil, containing ingredients such as linalool and eukalyptol, in addition to the rich taste it generously gives to cooking recipes, at the same time gives the consumer special health-protective properties (soothing action, faced with mild respiratory symptoms), which are necessary for this season!

Sparta Essences Lemon with Lemon essential oil, rich in citral (content >10%), which is well combined with Greek Extra Virgin Olive Oil. The cultivation of Lemon (Citrus Limon) has its roots in Antiquity, as well as Olive, while it needs a warm climate to grow up.Citrus extracts such as lemon are known sources of bio-function compounds with a significant effect on health protection. In particular, essential oils are known for their antioxidant and antibacterial effect due to their high content in a group of chemicals called terpenes, to which citral belongs. These effects had been observed from ancient times as lemon was used to treat infections from micro-organisms. Today, after numerous scientific studies on lemon essential oil, and in particular the ingredient citral, it deserves to be consumed not only for its organoleptic properties but also for its protective action against inflammation and oxidative stress! Sparta Essences Lemon perfectly complements the taste of Sparta Gold olive oil and it enhances its antioxidant, anti-inflammatory and antimicrobial effects that it already has! Drizzle on fish, meat, on raw and grilled vegetables.

Sparta Essences Garlic with garlic extract in olive oil, which offers healthy properties, while having a balanced taste, without the usual aftertaste. Garlic has long been cultivated all over the world, from Mediterranean coast to Siberia! For thousands of years, it has been used for culinary, medical and spiritual purposes, while its medical and magical powers were described on the walls of ancient temples and in papyrus dating back to 1500 BC. During the Middle Ages it was used to ward off the evil eye. Ancient Greek doctors such as Hippocrates and Galen used garlic in their medical prescriptions, while today it is recommended for coughing and for the prevention of atherosclerosis by the European Medicine Agency. Garlic is believed to have expectoring, antispasmodic, antiseptic, bacteriostatic, anti-virus, anthelmintic and hypotensive effects. It is commonly used for the treatment of chronic bronchitis, recurrent infections of the upper respiratory system and against influenza. In combination with olive oil, it is a product with enhanced health protection properties including those of olive oil, while at the same time enriching the taste of dishes that combine it!

Sparta White Truffle, with white truffle extract in olive oil, which offers positive healthy properties, while having a balanced taste. White truffles are increasingly used in Gastronomy due to their aroma and spicy taste (pleasant combination taste of garlic and cheese), as well as their high nutritional value, which is confirmed by studies demonstrating their antioxidant, anti-viral, antimicrobial, hepatoprotective, anti-mutagenic and anti-inflammatory effects. The use of truffle is known from the past and was considered a royal food, to which consumption was not accessible by ordinary people, while it was used as a traditional medicine even as an aphrodisiac! After scientific studies it was discovered that truffle is a rich source of proteins, amino acids, minerals, vitamins, fiber, carbohydrates and fatty acids. Sparta Essences with White Truffle is a quality olive oil enriched in nutrients (proteins, amino acids, vitamins, etc.) – which must be taken on a daily basis, while at the same time pleasing the palate, making its consumption a pleasant process! Ideal for pasta dishes, risotto, meat, salads and sauces. Add a few drops to enhance the flavor of any recipe. Enjoy this unique royal food on your dishes!

Sparta Essences Butter with butter aroma for perfect taste without guilt!
It can be used as a butter substitute in confectionery, sauteing, or in any recipe that requires melted butter. It is a healthy and at the same time tasty choice, avoiding the unhealthy saturated fats of the butter. It is also suitable for vegetarians and vegans, but also for those who are fasting.
You can enjoy it in spaghetti, rice, meats, popcorn, cakes, pancakes and other sweet and savory recipes.

Sparta Essences Chilli. Since ancient times, as well as in Traditional Medicine, chili has been recognized for its wide range of therapeutic properties. It has several external and internal applications in various medical systems. Externally, it is used to treat rheumatism, neuralgia, varicose veins and as an anti-irritant. Internally, it is used to treat indigestion, flatulence, heart disease and muscle tension. However, its regular consumption is also believed to be beneficial for anorexia, hemorrhoids, liver congestion and cirrhosis veins. The therapeutic potential of chilli and capsaicin (the dominant substance it contains) has been well documented for many years and has been used against various gastrointestinal dysfunctions such as indigestion, anorexia, gastroesophageal reflux, gastric ulcer, etc. However, further studies have documented the limits of the dose of chilli, so that this brings only the desired results, as well as its fat soluble nature, so as not to disturb, but only to delight the palate and defend our health , such as Sparta Essences Chilli Extra Virgin Olive Oil! Add some for a touch of spice and aroma to your dishes! The new trend in cooking is to drizzle it on pizza. It also goes perfectly with eggs, meat, grilled vegetables, and, also, French fries. 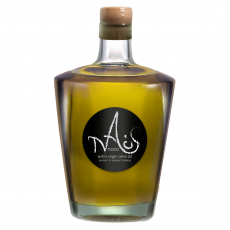 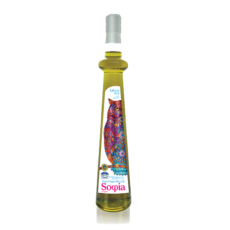 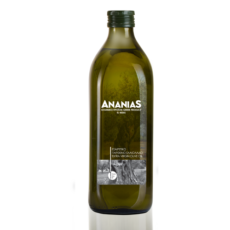 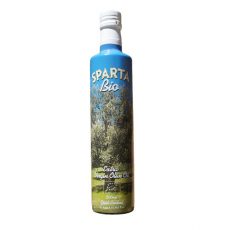 You can find out more about which cookies we are using or switch them off in settings.

This website uses cookies so that we can provide you with the best user experience possible. Cookie information is stored in your browser and performs functions such as recognising you when you return to our website and helping our team to understand which sections of the website you find most interesting and useful.

You can adjust all of your cookie settings by navigating the tabs on the left hand side.

Strictly Necessary Cookie should be enabled at all times so that we can save your preferences for cookie settings.

If you disable this cookie, we will not be able to save your preferences. This means that every time you visit this website you will need to enable or disable cookies again.